Over the last two decades, exciting tools have emerged that allow researchers to cut and paste specific sequences of DNA within living cells, a process called gene editing. These tools, including one adapted from a bacterial defense system called CRISPR, have energized the research community with the possibility of using them to modify human genes associated with disease.

A major barrier to testing medical applications of gene editing has been getting the proteins that do the cutting into the cells of living animals. The main methods used in the laboratory take a roundabout route: Researchers push the DNA templates for making the proteins into cells, and then the cells’ own protein factories produce the editing proteins.

from Harvard University are trying to cut out the middleman, so to speak, by ferrying the editing proteins, not the DNA instructions, directly into cells. In a proof-of-concept study, their system successfully delivered three different types of editing proteins into cells in the inner ears of live mice. END_OF_DOCUMENT_TOKEN_TO_BE_REPLACED 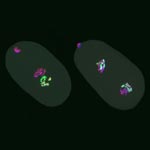 In studies with a model organism, the worm C. elegans, researchers led by Susan Strome of the University of California, Santa Cruz, have offered new details that help resolve the debate.

Strome’s team created worms with a genetic change that knocks out the enzyme responsible for making a particular methylation mark, a type of epigenetic mark that can turn off gene expression at certain points of an embryo’s development. Then the scientists bred the knockout worms with normal ones. Looking at the chromosomes from the resulting eggs, sperm and dividing cells of embryos after fertilization, the researchers found that the methylation marks are passed from both parents to offspring. The enzyme, however, is passed to the offspring just by the egg cell. For embryos with the enzyme, the epigenetic marks are passed faithfully through many cell divisions. For those without it, the epigenetic mark can be passed through a few cell divisions.

Because all animals use the same enzyme to create this particular methylation mark, the results have implications for parent-to-child epigenetic inheritance as well as cell-to-cell inheritance in other organisms. 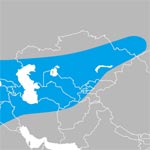