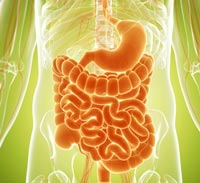 wondered if treating intra-abdominal infections with shorter antibiotic courses could be just as effective as the standard treatment. To find out, he and a team of researchers from around the country designed the Study to Optimize Peritoneal Infection Therapy (STOP-IT). END_OF_DOCUMENT_TOKEN_TO_BE_REPLACED 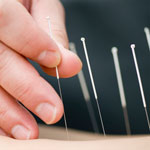 Each year, more than 200,000 people in the United States die from sepsis, a condition caused by an overwhelming immune response that can quickly lead to organ failure. While many people with sepsis survive this immediate threat, they may die days or even months later from secondary infections.

A research team that included Richard Hotchkiss, Jonathan Green and Gregory Storch of Washington University School of Medicine in St. Louis suspected that when sepsis lasts for more than a few days, it compromises the immune system. To test this hypothesis, the scientists compared viral activity in sepsis patients, other critically ill patients and healthy individuals. They looked for viruses like Epstein-Barr and herpes-simplex that are often dormant and innocuous in healthy people but can reactivate and cause problems in those with suppressed immune systems.

Of the three study groups, sepsis patients had much higher levels of these viruses, suggesting that their immune responses may be hindered. Immune suppression could make it difficult to defend against the reactivated viruses as well as new infections like pneumonia. The team now plans to test whether immune-boosting drugs can prevent deaths in people with lingering sepsis. 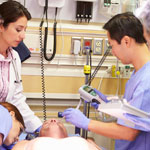 For years, doctors have debated the best ways to identify, predict and treat sepsis. The condition, which is usually triggered by infection, is marked by body-wide inflammation and can lead to a dangerous drop in blood pressure known as septic shock. Sepsis affects more than 800,000 people each year and kills about 20 to 30 percent of them. It’s the most expensive condition treated in U.S. hospitals, costing more than $20 billion a year.

Now, a nationwide, 5-year clinical trial that set out to compare three different treatment approaches has shown that survival of patients with septic shock was the same regardless of whether they received treatment based on structured, standardized medical plans (protocols) or the usual high-level standard of care. If patients were diagnosed shortly after the onset of sepsis and treated promptly with fluids and antibiotics, they did equally well whether they received treatment based on either of two specific protocols—one less invasive than the other—or got the usual, high-level care provided by the academic hospitals where the study was conducted.

According to the study’s leaders, the trial “helps resolve a long-standing clinical debate about how best to manage sepsis patients, particularly during the critical first few hours of treatment,” and shows that “there is not a mandated need for more invasive care in all patients.” 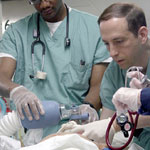