Patterson, a psychologist at the University of Washington (UW) in Seattle, and Hoffman, a UW cognitive psychologist, helped create the virtual reality program “Snow World” in an effort to reduce excessive pain experienced by burn patients. However, the researchers expect Snow World to help alleviate all kinds of pain, including pain experienced during dental procedures. END_OF_DOCUMENT_TOKEN_TO_BE_REPLACED 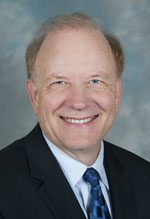