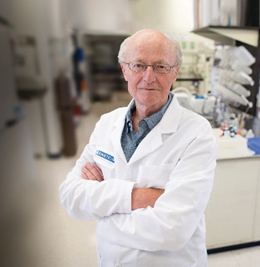 Understanding how enzymes work has been the research focus of Vern Schramm for more than 4 decades.

“When we started our work, we were driven not by the desire to find drugs, but to understand the nature of enzymes, which are critical to human life,” Schramm says. But his research already led to one drug, and promises many more.

An NIGMS grantee and professor of biochemistry at Albert Einstein College of Medicine in the Bronx, New York, Schramm discovered how to block, or inhibit, a specific enzyme’s activity.  With support from researchers around the world, this work led directly to the development of a lifesaving medication for T-cell lymphoma.

Schramm has been particularly interested in an enzyme called PNP (purine nucleoside phosphorylase). This enzyme is vital to the health of white blood cells known as T-cells, which play a key role in the body’s immune system.

When T-cells multiply uncontrollably, they can cause autoimmune diseases and two types of blood cancer: T-cell lymphoma and T-cell leukemia. Schramm suspected that a molecule that blocks PNP might kill off the rapidly dividing T-cells and short-circuit the disease process. In fact, if a PNP-blocking molecule could be administered to patients safely, retain its effectiveness inside the body, and show no serious side effects, it might even be used to treat the diseases. 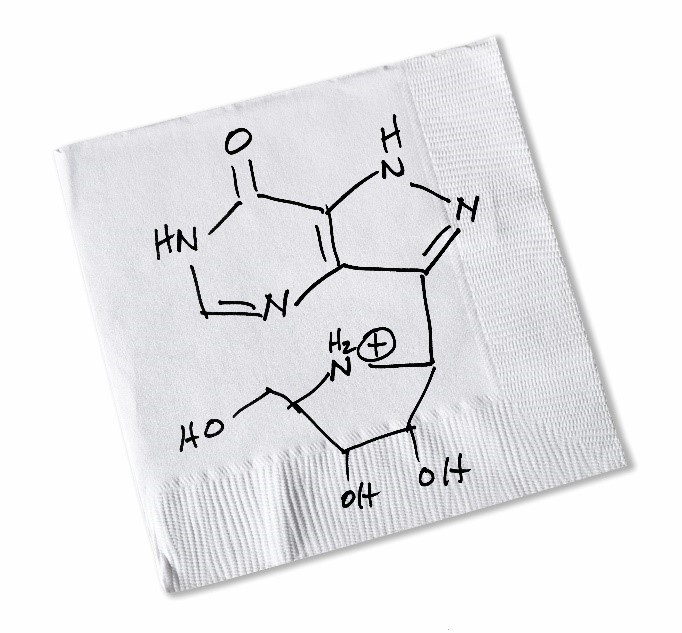 Schramm started the project by sketching on a napkin in a bar what a PNP inhibitor might look like. Chemically building the molecule—a task accomplished by collaborators in New Zealand—required 4 years.

After proving its ability to block PNP in the laboratory, the molecule had to undergo the longest, most grueling part of drug development: testing for safety and effectiveness in humans. The process required 10 years and involved 19 clinical trials, two pharmaceutical companies, and 500 patients, but the molecule passed. Now marketed under the name Mundesine, it is being used in Japan to treat advanced cases of peripheral T-cell lymphoma. The drug isn’t approved for use in the U.S., and there are currently no trials for it listed on clinicaltrials.gov.

Schramm and his collaborators continue to develop even more powerful inhibitors of PNP and other enzymes. Together, these inhibitors show promise as potential treatments for medical conditions that range from bacterial and viral infections to cancer.

*This post was adapted with permission from the article, “Enzymologist Extraordinaire,”