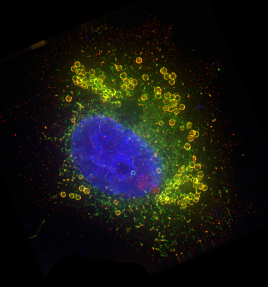 Within our cells, lipids are often stored in droplets, membrane-bound packages of lipids produced by the endoplasmic reticulum. For many years, scientists thought lipid droplets were simple globs of fat and rarely studied them. But over the past few decades, research has revealed that they’re full-fledged organelles, or specialized structures that perform important cellular functions. The field of lipid droplet research has been growing ever since.

, associate professor of nutritional sciences and toxicology at the University of California, Berkeley, and an investigator at the Chan Zuckerberg Biohub, is examining these long-understudied organelles to learn more about their basic biology and their role in conditions such as obesity and fatty liver disease. Dr. Olzmann’s lab is studying how:

Dr. Olzmann, a recent recipient of the Presidential Early Career Award for Scientists and Engineers (PECASE), also wants to better understand how cells maintain lipid balance, including the potential to use this information to help treat cancer. Ferroptosis is a form of cell death where oxidized lipids accumulate and cause cell membranes to break down. Some researchers have been developing ways to trigger this form of cell death to kill cancer cells by inhibiting the protein GPX4, which until recently, most researchers believed was essential in preventing ferroptosis. 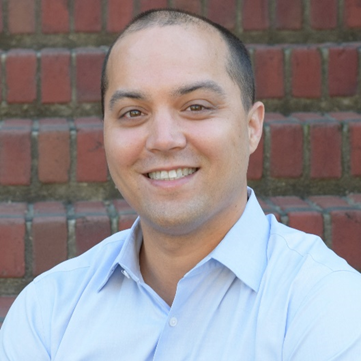 However, Dr. Olzmann’s lab discovered that FSP1, a protein that attaches to lipid droplets and the cell membrane, can independently suppress ferroptosis. FSP1 accomplishes this by enabling a lipid called coenzyme Q10 to act as a powerful antioxidant and prevent oxidized lipid build-up. Another lab independently discovered the role of FSP1 at the same time, and the two labs’ findings were published alongside one another in Nature.

Beyond the Lab
For Dr. Olzmann, the PECASE helps to validate the importance of funding not only basic science research but also efforts to promote diversity, equity, and inclusion in STEM. He’s involved in these efforts as a member of the American Society for Cell Biology’s Minorities Affairs Committee and hopes to continue making a positive impact on the scientific community through his work there as well as his research.

“This was our initial foray into the ferroptosis field, and the finding is really exciting because it identifies a suppressor of ferroptosis and suggests that we can target this enzyme as a treatment for cancer,” Dr. Olzmann says. The role of FSP1 on lipid droplets and how the protein is regulated remain open questions that Dr. Olzmann’s lab also seeks to answer.

When asked how he feels about receiving a PECASE for his lipid research, Dr. Olzmann says, “Looking at the scientists who have received the PECASE in the past makes this an even more tremendous honor because many of them are scientific heroes of mine.”