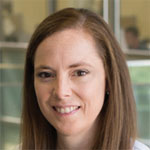 When Baran’s research team succeeds in synthesizing an important natural product, the group sometimes celebrates with a cake decorated with a two-dimensional structure of the molecule. This molecule, stephacidin B, was isolated from a fungus and has anticancer properties. See images of other Baran lab cakes

is now officially a genius. The MacArthur award recognizes “exceptionally creative” individuals who have made significant contributions to their field and are expected to continue doing so. Baran, a synthetic organic chemist at Scripps Research Institute in La Jolla, Calif., was recognized today for “inventing efficient, scalable, and environmentally sound methods” for building, from scratch, molecules produced in nature. Many of these natural products have medicinal properties. Baran has already concocted a host of natural products, including those with the ability to kill bacteria or cancer cells. In addition to emphasizing the important pharmaceutical applications of his work, Baran embraces its creative aspects: “The area of organic chemistry is such a beautiful one because one can be both an artist and an explorer at the same time,” he said in the MacArthur video interview