In honor of Pi Day, we asked several biomedical researchers in the field of computational biology to tell us why they love math and how they use it in their research.

Why do you love math?

The computational biologists we talked to offered similar answers. They love math because it lets them see the world in an ordered way. Tamar Schlick

of Yale University added, “This predictive power is one of the coolest aspects of math, helping us understand what otherwise may seem paradoxical or impenetrable.”

What type of math do you use? 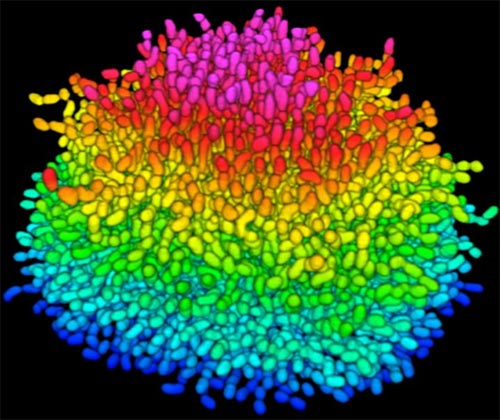 The scientists’ toolbox of mathematical approaches extends far beyond the ones we may remember from high school or college. Computational biologists use different types of math and select one or many based on the problem they’re trying to solve. For example, to study the complex, time-dependent processes occurring in our bodies, scientists use a branch of math called nonlinear dynamics. Several of the researchers we interviewed said they’re still discovering mathematical approaches well-suited for biology. Reinhard Laubenbacher of the University of Connecticut Health Center said he’s proud his team “found ways to use areas of math that are not typically viewed as ‘applicable’ in the context of computational biology, such as abstract algebra and algebraic geometry.”

How do you use math in your research?

The answer here was also “it depends.” Some researchers use math to analyze large datasets and find patterns in that data. Others use it to develop computational models for simulating processes that may be hard to study in the lab, such as infectious disease spread. A common response: Math and experimentation go hand in hand. Linda Petzold

of the University of California, Santa Barbara, explained, “I use [math] to develop models of biomedical processes to test current understanding and suggest experiments and theory that could improve it.”

The researchers described exciting findings that math helped them make; here are a few snippets.

, Rice University: “When I was a postdoc, I made a computational model to simulate how yeast responds to different concentrations of sugar. Our modeling, however, did not match up with our experiments. I spent weeks trying to figure out what was going on, and I finally concluded that there must be a layer of regulation we weren’t accounting for. When we did the experiments to check the [new mathematical] prediction, we found out that the mathematics was exactly right. It wasn’t a big result, just a small part of a much larger story. But the realization that mathematics could so accurately predict the complex workings of cells was thrilling.”

Laubenbacher: “I have collaborated with a group of cancer biologists who are focused on understanding why breast cancer cells metabolize iron very differently from normal breast epithelial cells. Intracellular iron metabolism has only relatively recently been understood in some detail… We recently published a mathematical model that shows that having different molecules produce specific changes to the activity of cancer-causing genes can explain the complex pattern of changes in iron regulatory proteins that are observed in the lab. This is an example of how models can be used. They serve as virtual laboratories and can suggest new hypotheses to be verified in the lab.”

Petzold: “That’s a difficult question; it’s tough to choose! Here’s one from the recent past: I and my collaborators inferred the functional network structure of the master clock in the mammalian brain that is at work when the neurons are synchronizing their internal clocks with each other. This is the pattern of connections over which the neurons communicate with each other.”

Levchenko: “When analyzing information processing by live cells, we seem to have found what appears to be a biological limit. Both our lab, and many labs around the world, find that information flowing through chains of biochemical reactions resulting in control of key cell functions does not seem to ever exceed 2 bits of information. We do not know if this is a true limit… However, our theory does indicate that the signaling systems of cells are indeed not that powerful, which might reflect other important aspects of their function… We would never have made progress without math.” 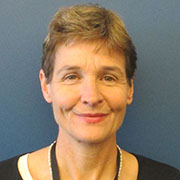