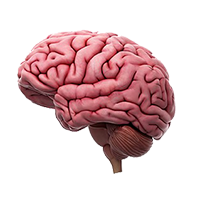 The brain has ridges, peaks, and valleys with areas of open space in between, and cilia line those open spaces, helping to move fluid around the different brain regions. Scientists believe these cilia also have a function beyond simply transporting fluid and may help the brain interpret how the body is feeling, including sensing hunger. Someday, these cilia might even be a target for therapies, such as curbing appetite to help with weight loss. Cilia in the eye’s retina help convert light into electrical signals that are then sent to the brain. The brain sorts through these light signals, packages them, and transforms them into the images we can see. Cilia damage in the eye can lead to vision loss. Cilia in the ear can have a variety of functions. One type of cilia helps with hearing and detecting sound. They capture sound signals and then send them to your brain for processing, which is why cilia damage in the ear can lead to significant hearing loss. Cilia also help to clear your ear of wax buildup, moving the wax through the inner parts of the ear to keep your ear canal open. Finally, these little hairs can act as motion sensors, monitoring the fluid in the ear to help the brain maintain its sense of balance. 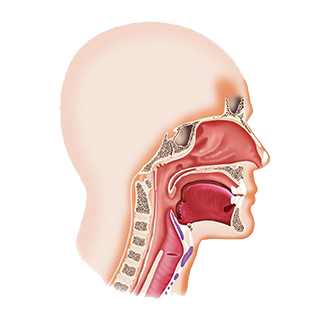 Like the cilia in your eyes and ears, the little hairs that line the cells in the nose help you interpret the world around you. These tiny hairs wave back and forth, pulling in odor molecules and sending them to the brain for processing. Cilia also aid in moving dust and mucous out of your body, sweeping them from your nose down through the throat and the rest of the GI tract, where they can be flushed out of your system. 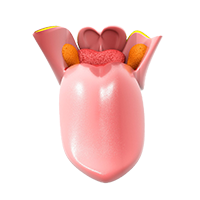 Cilia on the cells in the tongue help the brain detect different tastes. These tongue cilia partner with ones in the nose, gathering information from food and relaying it to the brain to interpret specific tastes, such as sweet, salty, bitter, or bland. Like tiny brooms, cilia sweep mucus, bacteria, and dust particles from your lungs and airways toward your throat and out of your body. These tiny sweepers are vital for keeping you breathing easy. Diseases can injure cilia, preventing them from removing dust and allergens from your airways. And that can lead to sinusitis, a painful condition marked by a buildup in mucus, swollen nasal passages, and a chronically runny nose. 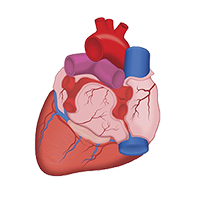 Cilia’s ability to sweep and clean is particularly evident in the heart. Researchers looking at mice hearts have found that cilia are especially dense in areas where blood vessels come together or curve. Scientists believe the cilia in these spaces help to keep those vessels open and free from the buildup of plaque, a disease called atherosclerosis. Important to kidney function, cilia monitor the flow of urine in this pair of organs. For nearly a decade, scientists have looked for a link between kidney disease and cilia. Although the exact mechanism isn’t clear, researchers believe that kidney cilia become damaged and unable to monitor urine flow, causing the kidneys to become scarred and diseased, leading to kidney failure. 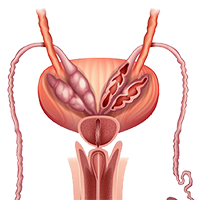 Though the precise function is unknown, scientists believe that cilia are linked to cancer in several organs, including the prostate, an essential part of the male reproductive system. The prostate helps make the fluid (semen) that cushions and protects sperm cells. In examining cancerous prostate cells, one group of researchers found that diseased cells have fewer cilia, a condition that has been tied to the development of cancer tumors. In the female reproductive system, cilia help move the egg along the fallopian tube where it can be fertilized. Likewise, in the male reproductive system, cilia help power sperm. Each sperm cell has a type of cilium called a flagellum that propels it along the fallopian tube. That whipping tail action, coupled with the cilia on the cells lining the tube, help ensure that egg and sperm meet at precisely the right place at the right time. When muscles are injured, or as we grow older, fat cells often replace muscle cells. Those fat cells have an abundance of cilia, which are known to speed this muscle-to-fat breakdown. Scientists are looking at ways to genetically disable cilia in an effort to block muscle conversion to fat, keeping muscles in tip-top shape and aiding the body in coming back from injury.

Some of the research mentioned in this post was funded in part by NIGMS under grant number R01GM095941.