Jon Lorsch, from Swarthmore College’s class of 1990, returned to his alma mater in May to accept an honorary Doctor of Sciences degree for his accomplishments as a biochemist and his visionary leadership of NIGMS. During the university’s 147th commencement, he spoke to the 2019 graduating class, offering advice and examples of how we can look for opportunities in the least likely places.

Watch the 5-minute video to hear Lorsch’s advice to the graduates—and all future scientists—to venture into the unknown in search of the next big advance in biomedical research.

In his famous “This Is Water” speech at Kenyon College, David Foster Wallace noted that “the deployment of didactic little parable-ish stories” has become “a requirement of U.S. commencement speeches.”

So, apologies if you’ve already heard this one.

A man is walking down the street at night. He sees another man on his hands and knees under a streetlight, apparently looking for something. The first man asks the second what he’s looking for and the second man replies, “My car keys.” So the first man offers to help, and together they crawl around on the ground under the streetlight searching for the lost keys. After a long time, the first man says to the second, “I’m pretty sure they aren’t here. Are you sure this is where you lost them?” The second man says, “No, but this is the only place there’s enough light to look for them.”

This story is even less funny than the fish story that Foster Wallace told at Kenyon, but, like his parable, it’s one I find myself coming back to again and again.

So here’s the point: Most of the time, we are the second man.

I’m a recovering academic, so let me use that world as a frame of reference. If you are going to graduate school from here—and this being Swarthmore, you probably are—you are going to work on something closely related to your advisor’s area of expertise. Once you get your Ph.D., you may do a postdoctoral fellowship, where you will again work on something close to what your advisor works on. Finally, when you strike off on your own, the system tends to expect that you’ll keep working on what you did as a postdoc, lest you take on something that is too risky and that is out of your wheelhouse.

In other words, you will be studying the ground under the streetlight.

I’ve become convinced that we could make much faster progress if more people were brave enough—or, perhaps, defiant enough—to go off into the darkness.

Consider the following recent examples of moving away from the streetlights in biomedical research:

The African spiny mouse. Why in the world would anyone study the African spiny mouse? Well, it turns out that these small rodents can do something no other mammal is known to do: completely regenerate damaged tissue without forming a scar. What have they figured out that the rest of their mammalian cousins, including us, haven’t? If we can learn their secrets, it could have profound implications for medicine. We might be able to find better ways to repair burns and other severe wounds, good as new. And maybe even to mend damaged heart tissue after a heart attack. Because someone moved out from under the streetlight to study the African spiny mouse, this science fiction might someday become reality.

Example two: Why would any self-respecting modern molecular biologist risk her career studying Gila monsters? Those prehistoric-looking, poisonous lizards that dwell in the American Southwest? Well, it turns out that there is now an FDA-approved drug for Type 2 diabetes that is derived from a component of Gila monster venom, all because someone made that choice. Gila monsters don’t dwell under streetlights.

And here’s a biological puzzle that as far as I can tell is still out in the darkness. Maybe one of you graduates might solve it for me. And this is for real. I’ve been worrying about this for at least 10 years.

Why is it that every known class of organism is extensively preyed upon by free-floating viruses, except, it appears, for one: fungi? Hundreds of different viruses infect us and other mammals. It is estimated that there are more bacteriophage—that is, viruses that prey on bacteria—than all other organisms on earth. There are even giant viruses that infect amoebas. But free-floating viruses that infect fungi appear to be extremely rare. Have fungi figured out something that no other organism knows? If so, I think we need to know it. Or are we just missing a huge swath of biology—infectious fungal viruses—because we haven’t gotten out from under the streetlight to search for it in the darkness?

My assertion that progress in science would be accelerated if more researchers ventured into the darkness is probably true of other fields as well. Certainly, both artists and entrepreneurs do best away from the streetlights. But there are admittedly limits to this thesis. For example, I would advise acrobats, airline pilots, and electricians to stay away from the dark places of the theory and practice of their professions.

Class of 2019, I urge most of you to explore the darkness. And then come back and tell us what you find there. May all of your journeys be exciting and rewarding.

*This post was derived with permission from Swarthmore College 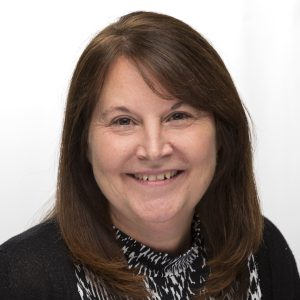