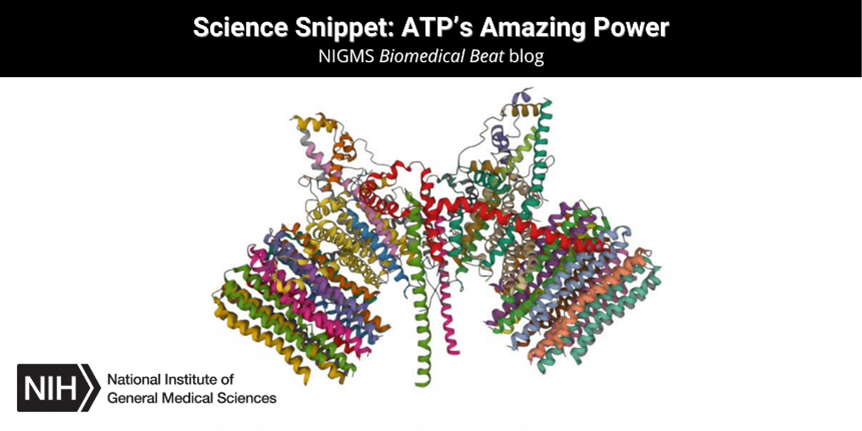 Just as electricity powers almost every modern gadget, the tiny molecule adenosine triphosphate (ATP) is the major source of energy for organisms’ biochemical reactions. ATP stores energy in the chemical bonds that hold its three phosphate groups together—the triphosphate part of its name. In the human body, ATP powers processes such as cell signaling, muscle contraction, nerve firing, and DNA and RNA synthesis. Because our cells are constantly using and producing ATP, each of us turns over roughly our body weight in the molecule every day!

Our bodies can produce ATP in several ways, but the most common is cellular respiration—a multistep process in which glucose molecules from our diet and oxygen react to form water and carbon dioxide. The breakdown of a single molecule of glucose in this way releases energy, which the body captures and stores in around 32 ATP molecules. Along with oxygen, mitochondria are crucial for producing ATP through cellular respiration, which is why they’re sometimes called the powerhouses of cells.

If cells are temporarily deprived of oxygen, like muscle cells are during a strenuous workout, they can produce ATP using a process called fermentation. However, fermentation is much less efficient than cellular respiration, yielding just two ATP molecules per glucose molecule.

Did You Know?
Animals, including humans, use food molecules to make ATP, but plants use energy from the sun that they capture through photosynthesis to make it!

Many scientists who are supported by NIGMS investigate ATP-related topics. Some of these researchers are: