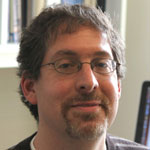 Before he wrote any scientific papers, Jeff Shaman wrote operas. At the premiere of one of his operas, an 80-minute story about psychoanalysis, reviewers said the work “crackle[d] with invention.”

After 4 years of training to become an opera singer, Shaman realized that the work wouldn’t offer him career stability. He started thinking about his other interests. After college, where he majored in biology with a focus on ecology, he had volunteered to help with HIV clinical trials and developed a fascination with understanding infectious diseases. He wondered if the quantitative tools and methods used to study the physical sciences—another interest area—could inform how contagions spread and possibly even lead to systems for monitoring or predicting their transmission.

So Shaman returned to school—this time, for advanced degrees in earth and environmental sciences. He now studies the relationship between soil wetness and mosquito-borne diseases such as malaria in Africa and West Nile in Florida.

A few years ago, Shaman took some of his scientific compositions in another direction by focusing on seasonal flu outbreaks. For more than 60 years, researchers have linked seasonal flu outbreaks with environmental data like humidity and temperature. Shaman analyzed this work and figured out that absolute humidity, rather than relative humidity, was the best predictor of outbreaks. Now he’s applied state-of-the-art mathematical modeling and real-time observational estimates of influenza incidence to predict when outbreaks will likely occur.

His forecasting technique mimics that used by meteorologists to predict weather conditions like temperatures, precipitation and even hurricane landfall. Shaman’s version incorporates variables like how transmissible a virus is, the number of days people are contagious and sick, and how much humidity is in the air.

The flu forecasts build on a series of studies in which Shaman and his colleagues used data from previous influenza seasons to test their predictions and improve reliability of their model. The work culminated with real-time predictions for 108 cities during the 2012-2013 influenza season. The forecasts could reliably estimate the peaks of flu outbreaks up to 9 weeks before they occurred.

For the 2013-2014 flu season, the researchers continued to make weekly predictions. But instead of first publishing the results in a scientific journal, they posted them on a newly launched influenza forecasts Web site

where the public could view the projections.

“People understand the limitations and capabilities of weather forecasts,” says Shaman. “Our hope is that people will develop a similar familiarity with the flu forecasts and use that information to make sensible decisions.” For instance, the prediction of high influenza activity may motivate them to get vaccinated and practice other flu-prevention measures.

As he waits for the start of the next flu season, Shaman continues to tweak his forecast system to improve its reliability. He’s also beginning to address other questions, such as how to predict multiple outbreaks of different influenza strains and how to predict the spread of other respiratory illnesses.