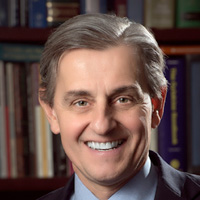 My lab was testing whether a chemical we developed called CNI-1493 could stop immune cells from producing inflammation-inducing molecules called TNFs in the brain of rats during a stroke. It does. But we were surprised to find that this chemical also affects neurons, or brain cells. The neurons sense the chemical and respond by sending an electrical signal along the vagus nerve, which runs from the brain to the internal organs. The vagus nerve then releases molecules that tell immune cells throughout the body to make less TNF. I’ve named this neural circuit the inflammatory reflex. Today, scientists in bioelectronic medicine are exploring ways to use tiny electrical devices to stimulate this reflex to treat diseases ranging from rheumatoid arthritis to cancer.

Why were you surprised by what you were finding?

Prior to this work, there was no direct evidence that the immune system could be controlled by neural reflexes. When we first noticed that delivering CNI-1493 to the brain somehow turned off TNF production, I realized that this connection must be really important. But even as a neurosurgeon who had thought about physiology and inflammation for 20 years, I couldn’t understand how it actually worked. Then, the idea that the immune and nervous systems might be connected through an inflammatory reflex struck me as such a simple concept that I began to wonder whether someone else had thought of it already.

The most important ones usually do. Many new findings seem so logical that you may ask: Why weren’t they revealed before? That’s because scientists must delineate molecular mechanisms, explain how these processes work at the cellular and atomic levels, and put the results into a meaningful context. If a researcher is fortunate, all this effort can produce insights that change how everyone thinks about a biological process from that time on.

What are you working on now?

We’re mapping the molecular mechanisms that allow signals to pass through the inflammatory reflex. The more we learn about how the reflex works, the more opportunities we’ll have to develop therapies directed at its individual components. We’re also identifying new reflexes that may one day be targets for bioelectronic medicine.

Has anyone already benefitted from bioelectronic medicine?

Yes. So far there’ve been two small clinical trials where people received vagus nerve stimulation to treat rheumatoid arthritis. I met the first patient who received this treatment. Before participating in the trial, his arthritis wasn’t responsive to any therapy that was available to him. After receiving a bioelectronic device treatment in the trial, he was dramatically better within weeks. Today, 3 years later, he’s still in remission. This patient isn’t the only one in remission as a result of participating in the trials. The challenge now is to understand how to identify other patients who will respond to this type of therapy.

Where do you foresee bioelectronic medicine going next?

Today, we understand that neural circuits can be targeted for therapy. This created an opportunity to determine how many other circuits we can target. There are probably hundreds of specific molecular mechanisms under the control of nerve fibers. By targeting these nerves, we may be able to develop therapies for many chronic conditions such as diabetes, inflammatory bowel disease and cancer.

Read more about Tracey’s journey in a Findings profile article about him.

3 Replies to “From Basic Research to Bioelectronic Medicine”