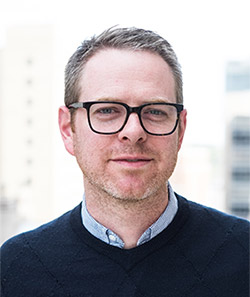 Now we may have an answer: A large-scale clinical study, published recently in the New England Journal of Medicine, found that for every hour treatment is delayed, the odds of a patient’s survival are reduced by 4 percent. Christopher Seymour

CS: There’s been a lot of interest in the early recognition and treatment of sepsis over the past decade. Recently, the National Institutes of Health/National Institute of General Medical Sciences funded a large, multicenter trial called ProCESS, which tested various strategies for treating sepsis. This trial told us that a standardized sepsis protocol among people who had already received antibiotics didn’t necessarily change survival rates. But what it left unanswered was the very important question of when the patient first arrives at the emergency department, how fast do we need to provide antibiotics and fluids for the best possible outcome?

That’s what we wanted to learn. We worked with colleagues in New York state, which recently mandated a standardized treatment protocol for patients who were diagnosed as septic within their first 6 hours in the emergency department. Specifically, we asked, will these patients have a better chance of survival if we deliver care within 3 hours of their sepsis diagnosis?

CP: And what did you find?

CS: Essentially, time mattered. The faster the patients received treatment, the more likely they were to survive. And that was the case even for this group of patients, who had already been diagnosed relatively early—within 6 hours of entering the hospital.

The study revealed that if treatment was completed in, for example, 3 hours, patients had a 4 percent reduction in the odds of in-hospital mortality than if it was completed in 4 hours. And that takes into account other risk factors such as age, site of infection, and the presence of shock.

Our results were corroborated by a team led by our colleague Vincent Liu in California. He and his team recently published an independent study of 30,000 Kaiser Permanente Northern California patients. Their study also showed that every hour in delaying treatment led to significantly increased mortality, particularly in the sickest patients.

CP: How do you anticipate these findings will influence medical professionals?

CS: As clinicians first evaluate sick patients, we hope that sepsis is at the forefront of their minds. The increasing public health burden of sepsis and the high mortality suggest that physicians and other caregivers should be thinking about this condition all the time. The specific take-home message from our study is that timing matters, and they should be ordering the appropriate blood tests, looking for organ dysfunction, and administering antibiotics as soon as possible.

There’s also potential policy implications. Regulations in New York, Illinois, and a few other states regarding sepsis have already been implemented. We would hope that these regulations continue to encourage hospitals and clinicians to treat septic patients early but also allow for flexibility in the face of new research findings. One potential downside of standardizing care is that it may be hard to update the protocols in response to new data.

CP: What’s next for your team?

CS: We will continue our research to identify clinical or biologic signatures (such as accelerated heart rate or elevated levels of a specific protein in the blood) to provide more precise, earlier treatment with newer therapeutics. We also want to find ways to identify patients who don’t respond to traditional treatments so we can give them alternate therapies in a timely way. Taken together, we hope to save more lives from sepsis.

Christopher Seymour’s research is funded in part by NIGMS under grant R35GM119519.