Your body is made up of trillions of cells that all originate from just one—a fertilized egg. The massive multiplication of cells after conception is possible thanks to cell division, which occurs when one cell splits into two. Cell division not only enables growth but also replaces damaged or dead cells and makes reproduction possible. There are two kinds of cell division: mitosis and meiosis. 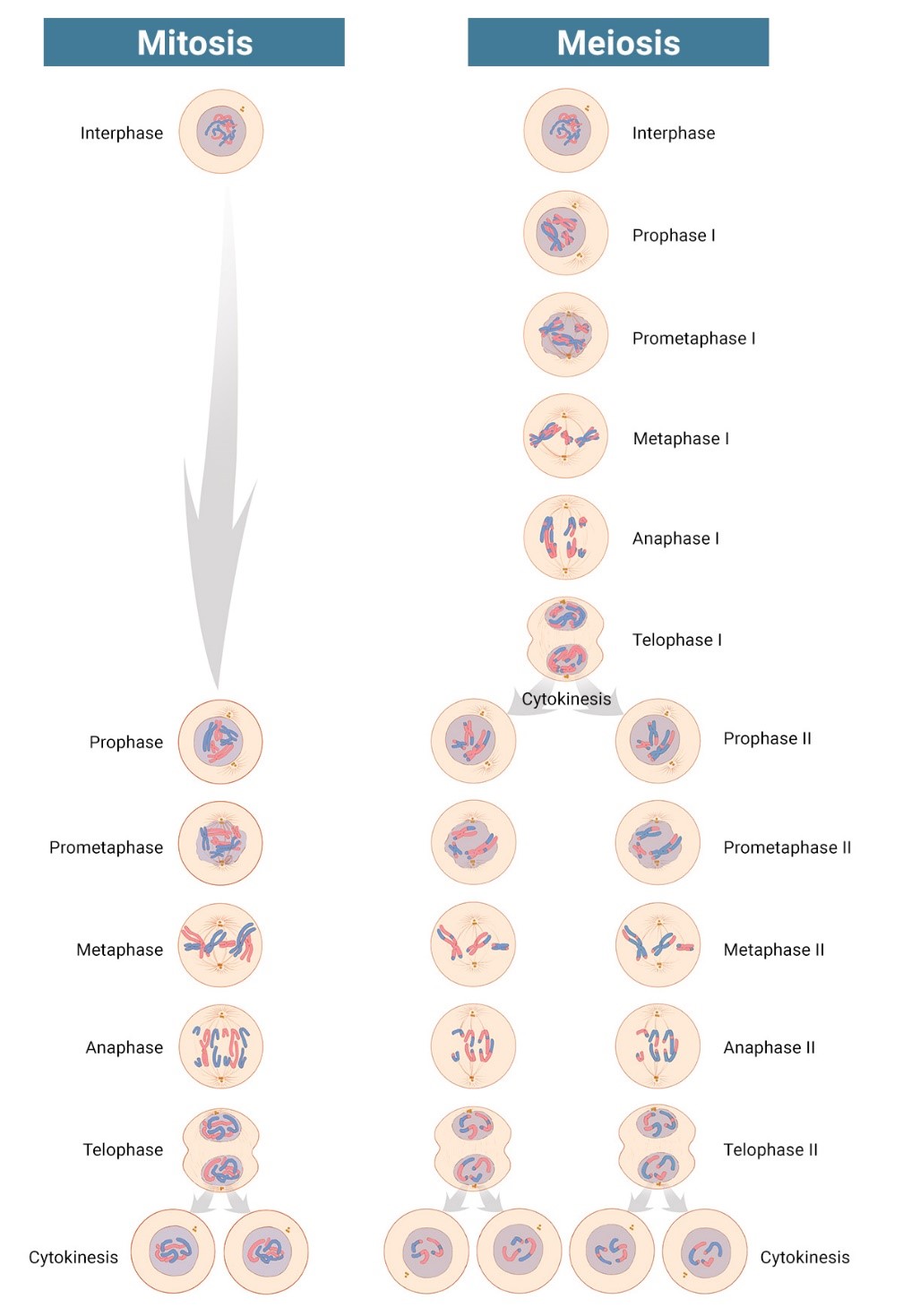 Mitosis produces two genetically identical “daughter” cells from a single “parent” cell, whereas meiosis produces cells that are genetically unique from the parent and contain only half as much DNA. Most cells in the body regularly go through mitosis, but some do so more often than others. For instance, those that line the stomach replace themselves after just a few days because they’re subjected to strong digestive acids. In contrast, liver cells may wait up to a year to replace themselves. There are also a few types that last a lifetime without dividing, such as some nerve cells and cells that make up the lens of the eye. Meiosis occurs only in the production of sperm and egg cells for sexual reproduction.

The Phases of Cell Division

Before either mitosis or meiosis occurs, cells go through a preparatory process called interphase, where they grow and make a copy of their genetic information.

Mitosis has six phases apart from interphase. The first five phases divide the nucleus and its genetic information in half, while the final step splits the entire parent cell into two identical daughter cells. The phases of mitosis are:

Meiosis has similar steps to mitosis but with two sets of divisions. The first division results in two cells that each have two sets of chromosomes, like in mitosis. The second division creates four cells that each contain one set of chromosomes, because the genetic information isn’t copied a second time. One unique feature of meiosis, which takes place during the first round of prophase (prophase I), is a process called crossing over. DNA is mixed between matching chromosomes from the different parents, increasing the genetic diversity.

Many scientists who are supported by NIGMS study cell division. Some of these researchers are investigating how cells:

This post is a great supplement to Pathways: The Regeneration Issue.

Our bodies may not regenerate like some of the research organisms described in Pathways, but they can heal and replace damaged cells through mitosis—the subject of this post.

2 Replies to “Make Like a Cell and Split: Comparing Mitosis and Meiosis”