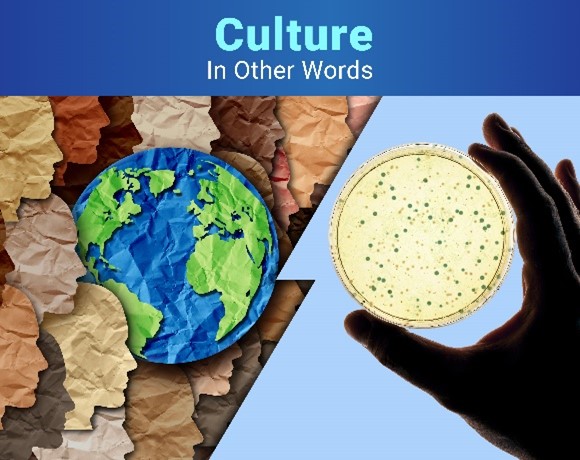 The word culture may make you think of a flag, style of clothing, celebration, or some other tradition associated with a particular group of people. But in biomedical science, a culture is a group of cells grown in a lab. Scientists use cultures to learn about basic biological processes and to develop and test new medicines.

The Birth of a Culture

Scientists can grow many types of cells as cultures, from bacteria to human cells. To create a culture, a researcher adds cells to a container such as a Petri dish along with a mix of nutrients the cells need to grow and divide. The exact recipe varies depending on the cell type. (Because many lab containers were historically made of glass, researchers sometimes refer to studies that use cultures as in vitro—Latin for “in glass.”) Once the cells multiply and fill their container, researchers split the culture into new containers to produce more.

Most normal human cells will stop dividing after a few weeks or months, but scientists can tweak steps in their division process so that they continue growing and multiplying for longer. Another way to create these so-called immortal cultures is to start with cancer cells or stem cells, which naturally continue dividing for extended periods of time—allowing scientists more time to study and use them.

Scientists have greater control of experiments when using cultures instead of research organisms. For instance, they can more easily:

Cultures are a key tool in biomedical research and have contributed to a vast range of discoveries, including many related to cell growth and differentiation, gene function, and cancer biology. Typically, researchers test new medicines in cultures before moving on to more complex organisms. Not all medicines that appear to work in cultures are ultimately effective in people because our bodies are so complex, but cultures play an important role in narrowing down candidate medicines and evaluating their safety. They’re also used to mass-produce insulin, viruses such as hepatitis B for vaccines, monoclonal antibody treatments, and other therapies.

Although cell cultures and human cultures may seem very different at first glance, both enrich our understanding of the world.