Most of us know helium as the gas that makes balloons float, but the second element on the periodic table does much more than that. Helium pressurizes the fuel tanks in rockets, helps test space suits for leaks, and is important in producing components of electronic devices. Magnetic resonance imaging (MRI) machines that take images of our internal organs can’t function without helium. And neither can nuclear magnetic resonance (NMR) spectrometers that researchers use to determine the structures of proteins—information that’s important in the development of medications and other uses. Although it’s almost indispensable today, scientists initially wondered if helium even existed on Earth. French astronomer Pierre Janssen and English scientist Joseph Norman Lockyer first observed helium, independently, in 1868 using spectroscopes. These tools separate light into measurable wavelengths. Because every element has a unique wavelength, like a fingerprint, spectroscopes let scientists identify elements in stars. When Janssen and Lockyer used spectroscopes to look at the sun, they saw one bright yellow wavelength that didn’t match any known element. Scientists in the 1800s used spectroscopes like this one to look at the sun.

Lockyer named the mystery element after Helios, god of the sun in Greek mythology. We now know that helium is the second most abundant element in the universe (with hydrogen being the first), and most of it is in stars, like the sun. But helium wasn’t spotted on Earth until 1882, when Italian physicist Luigi Palmieri reported seeing its wavelength while analyzing lava from Mount Vesuvius. Another 13 years passed before experiments on uranium-containing rock definitively proved that helium exists on our planet.

The biggest reason scientists struggled to find helium on Earth is that nearly all of it is deep underground, made when radioactive elements break down. Helium is so light that when released into the air, it quickly escapes to outer space. Because of this, scientists thought helium was very rare on Earth until 1905, when researchers at the University of Kansas discovered that it could be found in natural gas deposits and extracted in large amounts. 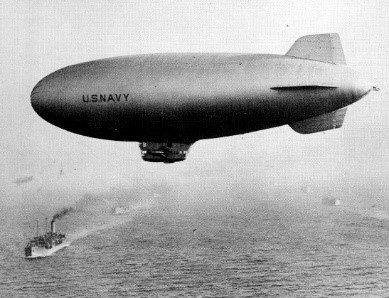 During World War II, the U.S. government used helium to lift blimps because, unlike hydrogen, it isn’t flammable. U.S. Navy blimps buoyed by helium escorted thousands of ships during the war and lowered listening devices into the water to scan for submarines.

The United States continued to value helium after World War II, and in 1960, Congress passed a law creating a national helium stockpile. Over the next 13 years, the U.S. government pumped 32 billion cubic feet of the gas into a natural rock chamber under a Texas field.

The stockpile has played a large role in maintaining the United States’ status as the world’s largest helium producer. Over the last 5 years, however, the helium in the reserve has gotten low. Due to this depletion and delays in developing other sources, the demand for helium over the last few years has exceeded the supply.

Supporting Researchers Through the Shortage

All industries that use helium are feeling the impact of the shortage, but its effect on MRI and NMR machines is especially worrisome. Both machines have large magnets that require very low temperatures to work, and they use liquid helium as a super coolant because it’s about -450 degrees Fahrenheit. Turning the machines off and allowing the magnets to warm up can permanently destroy them. 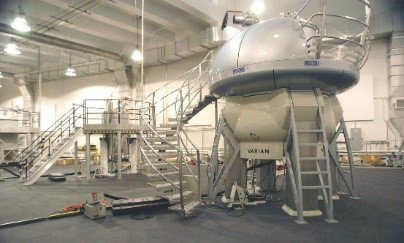 But due to the helium shortage, some researchers have had to take the risk of shutting down their NMR machines. Seeing this and other effects of the helium shortage, NIGMS created a supplementary grant that funds the purchase of helium recovery systems. These systems can capture 80 percent or more of helium as it evaporates, meaning that less is needed to keep machines running. Helium recovery systems also save money in the long run because they last for 30 to 40 years, and operating them costs less than buying the amount of helium they recycle.

With these recycling efforts, researchers can continue using NMR machines to create high-resolution images of proteins that help us understand their complex shapes, how they function, and how they interact. These discoveries can provide insight into diseases and assist in developing treatments, because drugs typically work by either blocking or supporting the activity of specific proteins in the body.

Not everyone uses helium to help solve scientific and medical mysteries. However, its vast range of uses makes this element an essential part of modern life and, hopefully, something we can continue to benefit from for a long time.