Most of the mouthwatering dishes in a Thanksgiving feast share a vital ingredient: salt! Though the words “salt” and “sodium” are often used interchangeably, table salt is actually a compound combining the elements sodium and chloride. Table salt is the most common form that sodium takes on Earth. Many other sodium compounds are also useful to us. For instance, you might use baking soda, also known as sodium bicarbonate, in preparing Thanksgiving treats. Sodium compounds are also used in soaps and cosmetics and in producing paper, glass, metals, medicines, and more. 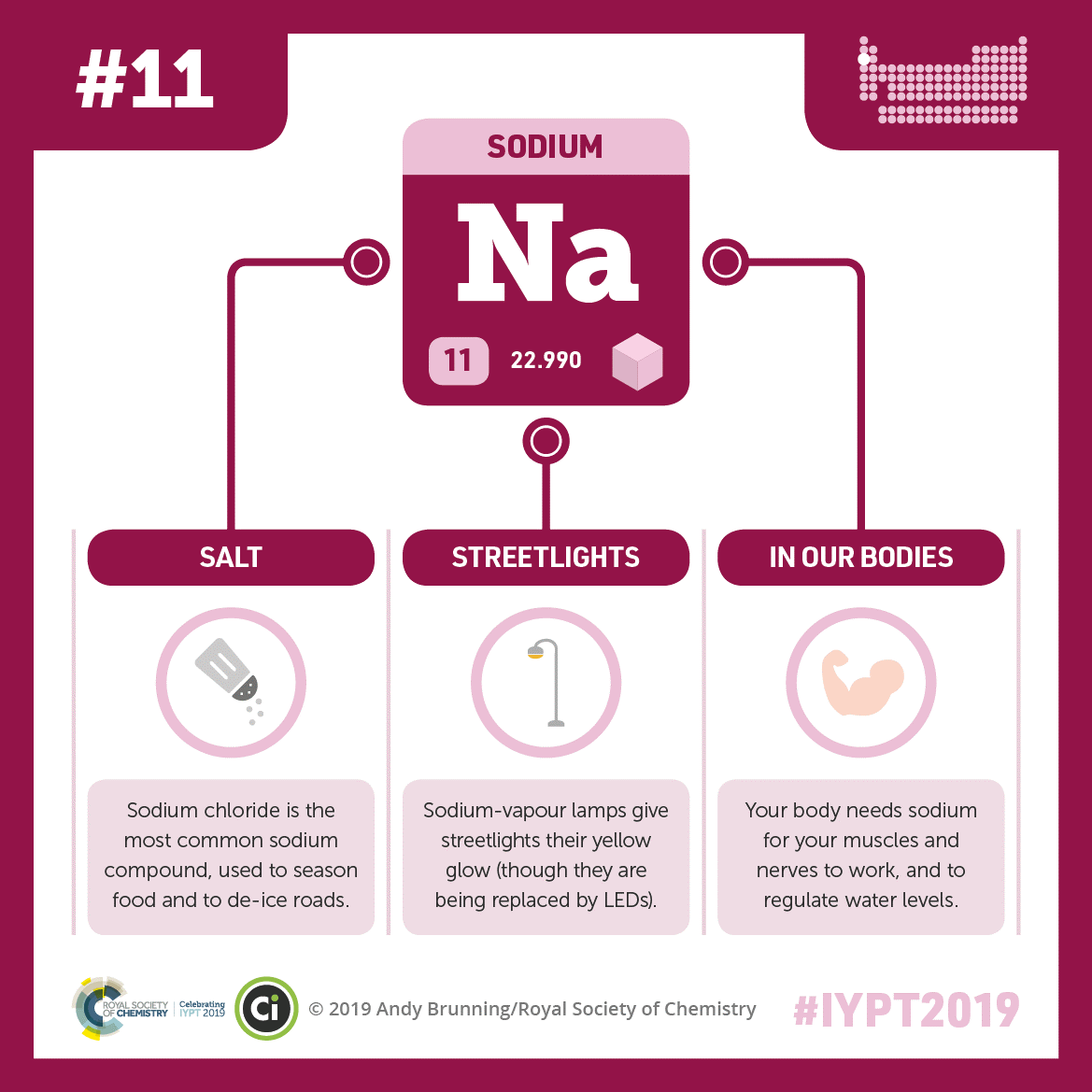 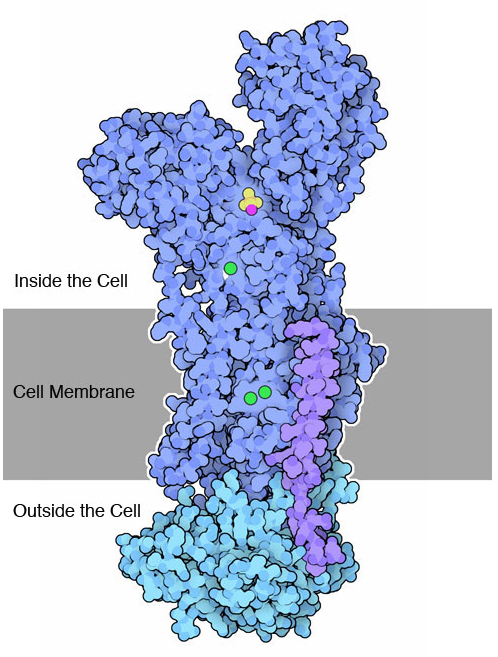 Sodium plays a vital role in our bodies. In partnership with another element, potassium, it acts like a chemical battery that powers our nerve impulses and muscle contractions. This battery is maintained by proteins called sodium-potassium pumps, which are embedded like tunnels in our cell membranes. These pumps move three sodium ions out of the cell while moving two potassium ions into it, leading to a significant difference in the concentrations of the two elements. When one nerve cell needs to communicate with another, it opens special channels that allow sodium to flood in. This rush of sodium tells the nerve cell to fire. The result is a chain reaction: The signal is carried from nerve cell to nerve cell until it reaches the brain or a muscle for action. When triggered by nerve signals, muscle cells alter their sodium/potassium balance as part of the process that they use to contract and move our bodies. The sodium-potassium balance is so important that sodium-potassium pumps use up about a third of our cell’s main energy source, a molecule called adenosine triphosphate. 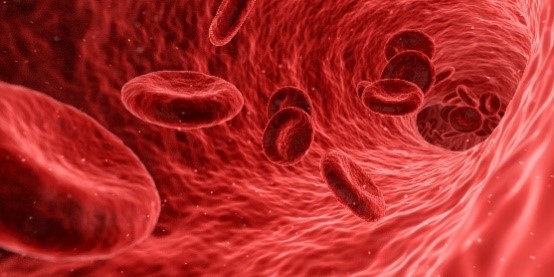 Too much sodium can damage blood vessels and result in high blood pressure.

Our bodies need a certain amount of sodium to help maintain a healthy balance of water and minerals. But if we consume too much sodium, it causes our bodies to hold on to more water than we need. This extra water increases the volume of blood in the bloodstream, which puts more pressure on blood vessels and forces the heart to work harder. Over time, the strain can stiffen blood vessels and lead to high blood pressure.

The majority of people in the United States consume more sodium than recommended, mostly from processed and restaurant foods. According to the 2015–2020 Dietary Guidelines for Americans, a healthy amount of sodium for adults is less than 2,300 milligrams—about a teaspoon—per day. Being mindful of sodium intake can help prevent high blood pressure and protect our health.

NIGMS funds researchers who are investigating a range of topics related to sodium. Some of these scientists are:

5 Replies to “Pass the Salt: Sodium’s Role in Nerve Signaling and Stress on Blood Vessels”