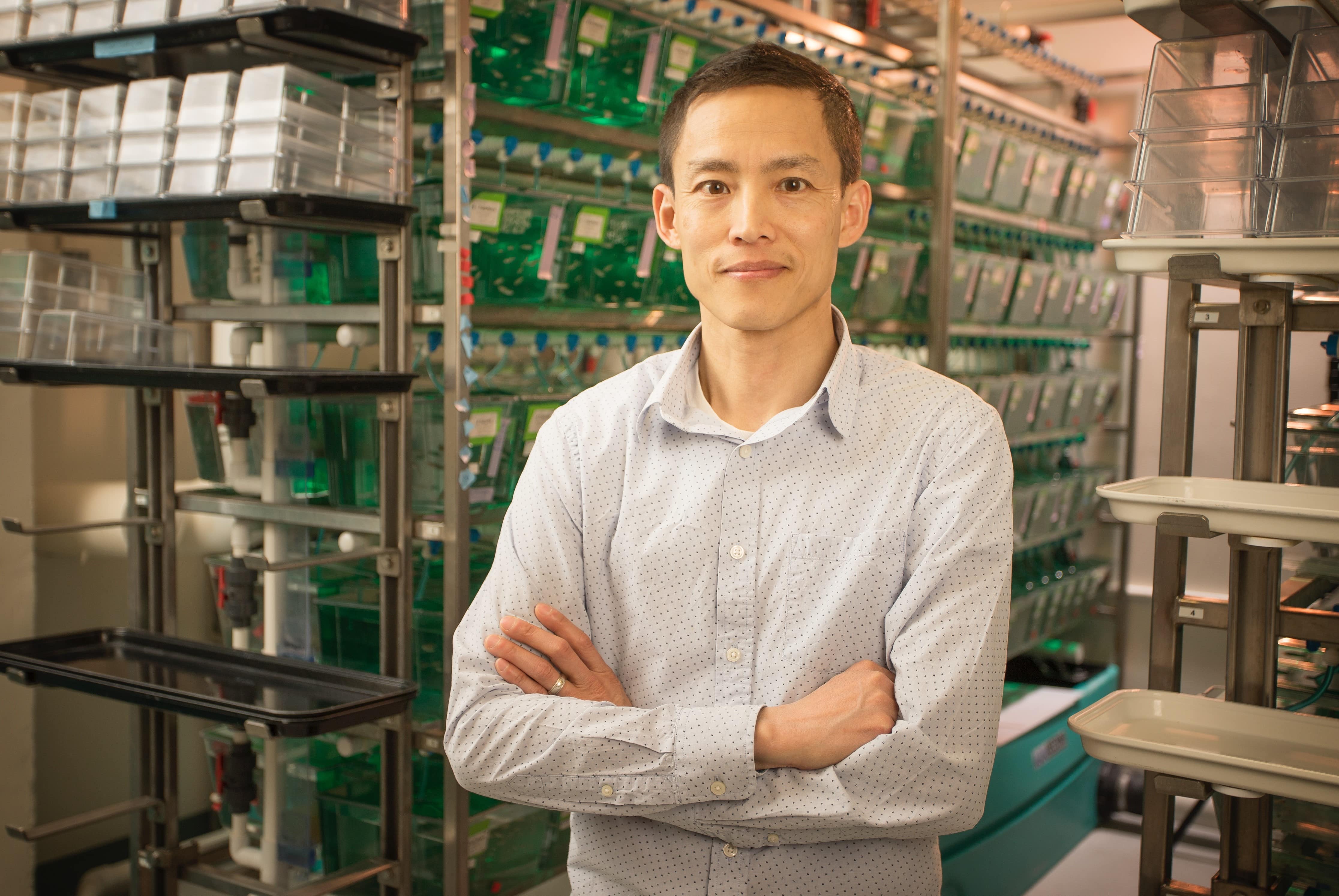 In 1980, a week after his 6th birthday, Viravuth (“Voot”) Yin immigrated with his mother, grandfather, and three siblings from Cambodia to the United States. Everything they owned fit into a single, 18-inch carry-on bag. They had to build new lives from almost nothing. So, it’s perhaps fitting that Yin studies regeneration, the fascinating ability of some animals, such as salamanders, sea stars, and zebrafish, to regrow damaged body parts, essentially from scratch.

Yin’s path wasn’t always smooth. His family settled in Hartford, Connecticut, near an uncle who had been granted asylum during the Vietnam War. Yin got into a lot of trouble in school, trying to learn a new culture and fit in. Things improved when his mother moved him and his siblings to West Hartford, well known for its strong schools.

Soon, he was off to Bates College in Maine, where he hoped to become a successful novelist. But fate stepped in during his sophomore year when the creative writing class he’d hoped to take was full. A class on molecular biology was available and fit into his schedule.

“I took it, and it really opened the world to me because I suddenly realized you could do all of these remarkable things with DNA. You could turn things on, turn things off. You could perturb the system and see what happens,” he says. “From that point on, there was a road laid out in front of me. The more that I dove into science, the more the road was seemingly paved for me.”

That path led Yin to a bachelor’s degree in biology. He even spent two summers working as an intern at New England Biolabs, a biosciences company in Ipswich, Massachusetts. He was sold on the idea of running his own lab someday, to harness the power of genetics and understand how biology works from the ground up. But first he needed to learn genetics and how to use animal models to study basic biology. For that, he chose to study with geneticist Carl Thummel at the University of Utah in Salt Lake City.

Thummel studies Drosophila, a fruit fly found in research labs around the world. Yin’s research examined how Drosophila transform from larvae to adults. A single hormone triggers both the destruction of the larva’s tissue and the growth of the adult’s tissue. Yin examined how this complex process works at the genetic level. 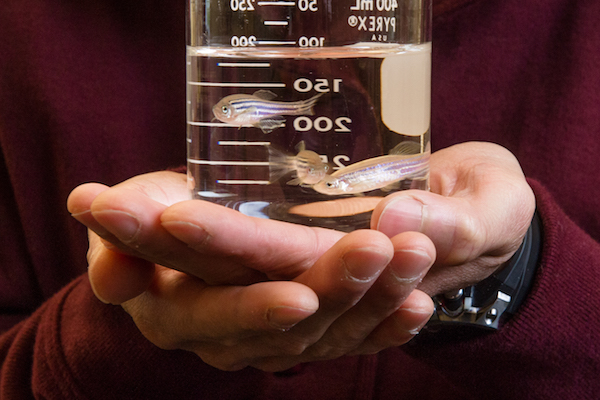 The experience taught Yin the skills he’d need to study a similar process: regeneration. Fruit flies can’t regenerate, so Yin shifted to an animal that can. He chose zebrafish, a small freshwater minnow. Zebrafish can regrow their fins and even repair a damaged heart, brain, or spinal column. Yin moved from Utah to Ken Poss’ lab at Duke University School of Medicine in Durham, North Carolina, where he completed his Ph.D.

While at Duke, Yin tried a new technique to study gene regulation using micro RNAs (miRNAs). miRNAs are small pieces of RNA that control which genes are turned on and off in cells. The technique was so new that Poss cautioned Yin about trying it.

That decision put him on a path to success that he’s been on ever since. In his own lab in Maine, Yin leverages what he learned at Duke. He’s begun to piece together the genetic pieces and processes that control regeneration. By studying zebrafish, salamanders, and a ray-finned fish from Africa called the bichir, he’s identified several miRNAs that are important for coordinating regeneration. He’s also found similar genetic mechanisms in animals with modest regenerative abilities, such as mice and humans. These and other findings suggest that humans possess the molecular processes needed for regeneration.

“The critical difference is that, unlike the zebrafish, humans don’t activate these processes in response to an injury,” says Yin.

To continue to identify the mechanisms necessary for regeneration and to encourage more research in this area, Yin and his University of Maine colleague Benjamin King have created RegenDbase

, a database of comparative models of regeneration.

Perhaps most promising of all is the work in Yin’s lab on a small molecule called MSI-1436. This molecule appears to jump-start regeneration in zebrafish and in adult mice. Earlier research by others found that newborn mice retained the ability to repair heart damage for 1 week after birth. This suggests that the mechanisms are there in adults, but just dormant. Yin’s team gave MSI-1436 to adult mice with heart damage. Amazingly, their scar tissue shrank, new heart muscle formed, and heart function increased nearly twofold. This finding holds promise that MSI-1436 might someday help repair damage from heart attacks in humans. In fact, the MDI Biological Laboratory has spun off a private company, Novo Biosciences, that hopes to test this compound, now called trodusquemine, in humans.

Novo Biosciences is also testing trodusquemine for its ability to slow the degeneration of heart and skeletal muscle in a mouse model of Duchenne muscular dystrophy. Additionally, the company plans to test the molecule in a mouse model of human diabetic kidney disease to investigate whether it can repair damaged kidneys.

Yin hasn’t written his novel—yet. But from his early days in the United States rebuilding his life from scratch, he has used his innate determination to find answers to some of life’s most difficult questions. And his research on how animals rebuild body parts from damaged tissue may turn out to be a best-selling story yet.

3 Replies to “A Scientist’s Exploration of Regeneration”