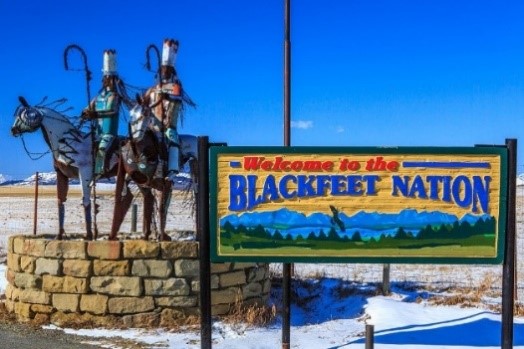 As part of its commitment to cultivate a diverse and inclusive scientific workforce, NIGMS continues to nurture relationships between teaching institutions and American Indian communities nationwide to ignite student interest in biomedical science and encourage research careers. This post highlights one such collaboration between NIGMS-supported centers at Montana State University (MSU) in Bozeman and the Blackfeet Nation, a tribe of nearly 18,000 members that’s one of the largest in the United States. 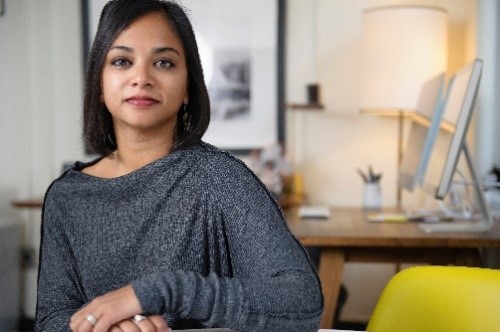 , an MSU assistant professor of psychology, first met Blackfeet Community College (BCC) students through Agnieszka Rynda-Apple, Ph.D., an MSU assistant professor of microbiology and immunology who already had a working relationship with the Blackfeet community. For about a year, Drs. John-Henderson and Rynda-Apple visited BCC interns and faculty supervisor Betty Henderson-Matthews monthly to help them interpret data collected for a student-developed project. While completing this project on the link between stress and health on the Blackfeet reservation, the researchers developed relationships with the students and faculty. They listened closely to the students’ stories, experiences, and career aspirations.

“They were all really excited about learning how to conduct research,” Dr. John-Henderson says. “I think that there’s a little bit of hesitance with outsiders coming in. At the beginning they were very quiet, but their confidence really grew when they realized they could do this work, and over time we have developed this trusting partnership.”

BCC and MSU decided to start new research projects every summer, and for one of the following year’s projects, some students wanted to investigate trauma and resilience. They said that even though the Blackfeet tribe experienced a lot of historical and ongoing trauma, they were resilient, which might be tied to a sense of belonging that community members felt. Based on these ideas, the students worked with Henderson-Matthews and the MSU researchers to design a study examining the relationship between childhood trauma (such as abuse and family dysfunction), markers of immune system inflammation, and a sense of community belonging. 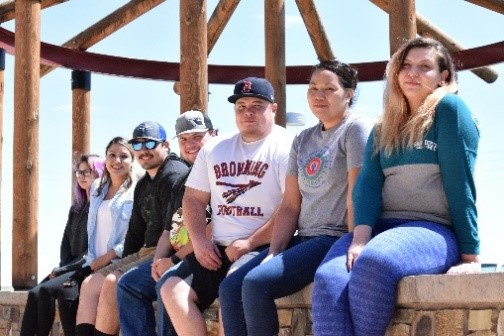 To conduct their research, the team developed and administered a questionnaire to 90 adult members of the Blackfeet Nation that measured feelings of community belonging, along with a questionnaire on childhood trauma. They also drew blood samples to test for levels of two inflammation markers. The findings suggested that a strong connection to the community may help protect individuals from the negative health impacts of childhood trauma.

Megan Gordon, who helped conduct the study while she was a student at BCC, says, “We were exposed to everything in the research world: starting a study, getting an institutional review board addendum approved, interacting with participants, testing the samples we gathered, analyzing them, and presenting our work at conferences.” She credits her experience as an undergrad research assistant with sparking her interest in science and is now pursuing a degree in medical lab science at the University of Montana. Ultimately, Gordon hopes to run her own research lab.

Jerry Racine, a student from the Blackfeet community who attended MSU, also helped conduct the study as an undergrad research assistant at BCC. He says BCC’s research opportunities enable students to combine their understanding of their community with “the resources and knowledge to address some of the problems and maybe help find ways to improve them.” He strongly believes that it’s important to show American Indian students the opportunities available to them in science. Racine currently works as an elementary school teacher and coach on the Fort Belknap Indian Reservation.

On working with students from the Blackfeet community, Dr. John-Henderson says, “I think it was so critical to develop that strong working relationship before, and once that groundwork was laid, it made it possible to answer so many research questions that would’ve been virtually impossible to do independently.” Drs. John-Henderson and Rynda-Apple continue to collaborate with students at BCC; they’re currently developing projects to investigate whether increasing levels of connectedness to Blackfeet history and traditions leads to more positive health outcomes.