Credit: Pablo Tsukayama, Ph.D.,
Washington University School of Medicine
Gautam Dantas
Born: Mumbai, India
Most proud of: His family, which brings him joy and pride
Favorite lab tradition: OOFF! Official Optional Formal Fridays, when members of his lab can dress up, eat bread—made in the lab’s own bread machine—and drink beer and wine together at the end of the day
When not in the lab, he: Enjoys home brewing, pickling and canning, and spending time with his wife and children. He also attends musical performances, including those of his wife, who sings in the St. Louis Symphony Chorus
Advice to aspiring scientists: Pursue hobbies, take risks, explore beyond your comfort zone. “You can do a Ph.D., but also have other experiences.” He says his own outside activities refine his focus in the lab, keep him grounded and help him be an empathetic mentor to his students. Plus, he met his wife while singing in the chorus of Macalester College in St. Paul, Minnesota

When I Grow Up…

Gautam Dantas remembers the day in 10th grade when he first wanted to be a scientist. It was the day he had a new biology teacher, a visiting researcher from the U.S. The teacher passionately described his own biochemical studies of how organisms live together in communities. By the end of the class, Dantas had resolved to earn a Ph.D. in biochemistry.

He ended up doing much more—gaining expertise in computational biology, protein design and synthetic biology. He now combines his skills and knowledge in multifaceted research that spans four departments at Washington University in St. Louis. His goal: to better understand and help combat a vital public health threat—drug-resistant bacteria.

“Our motivation is that we are living in the antibiotic era, and antibiotic resistance is getting out of control,” Dantas says. “We have very few new antibiotics we can use, so we’re kind of scrambling [to find new ways to treat bacterial diseases].”

His research focuses on one of the groups most vulnerable to bacterial infections—newborn babies.

, the research is “at the interface of microbial genomics, ecology, synthetic biology, and systems biology,” and it aims “to understand, harness, and engineer the biochemical processing potential of microbial communities.” They do it by scrounging around in infant diapers.

Since their introduction in the 1940s, antibiotic drugs have saved countless lives. Simultaneously, they weeded out strains of bacteria easily killed by the drugs, allowing drug-resistant strains to thrive. Every year, at least 2 million people in the U.S. become infected and at least 23,000 die from drug-resistant bacteria, according to the Center for Disease Control and Prevention. 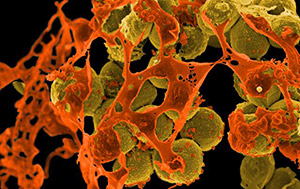 In a way, antibiotics are victims of their own success. They work so well that we keep using them, even for inappropriate purposes, like to treat viral diseases (antibiotics kill bacteria, not viruses).

Also, broad-spectrum antibiotics kill indiscriminately, wiping out not only infectious pathogens, but also the normal bacteria, known as commensal bacteria, hosted by our bodies.

“Every time we take an antibiotic, our commensal bacteria take a hit,” Dantas says.

That’s a problem. A major function of our commensal bacteria is to keep us healthy by keeping harmful bacteria at bay. So if we kill off the good guys, we’re all the more vulnerable to attack from bad bacteria.

The genetic material of the bacteria, fungi and other microorganisms that live in and on our bodies is collectively called the microbiome. Although it has been studied in detail for less than 20 years, the microbiome, which varies drastically from person to person, is proving to be essential for our health.

Researchers are learning that imbalances or irregularities in the microbiome are linked to conditions as diverse as asthma, autism and obesity. It’s already clear that the microbiome in our gastrointestinal tract, the so-called gut microbiome, plays a vital role in our immune system.

Our microbiome begins to develop even before we’re born, with microbes we receive via the placenta. During the birth process, we dramatically expand the collection. Our early diet and other environmental factors continue to add microbes to the mix.

Dantas notes the dismal fact that, in the U.S., antibiotic prescriptions per capita are highest for the youngest among us—those from birth to age 5. This also is precisely the time when a person’s microbiome is taking shape and could be most vulnerable to antibiotic use.

Drug-resistant bacteria typically possess genes that help them evade a drug’s effects or neutralize its actions. The sum of antibiotic-resistance genes in a microbial community is called its resistome.

But through extensive use of antibacterial drugs, “we are applying the selection pressure so that antibiotic resistance is enriched and exchanged,” he says.

Some of Dantas’ work centers on the infant resistome. He and his colleagues suspect that giving antibiotics to infants could prompt the transformation of a gut community of good bacteria into one that’s bad. To test this hypothesis, his research group is collaborating with pediatricians at Washington University School of Medicine. The team is analyzing the bacterial populations and resistomes of preterm and full-term infants who are treated with antibiotics. They’re particularly alert for changes over time, and for how the data compare with equivalent information from infants who are not treated with antibiotics.

Scientists studying the gut microbiome typically get their research samples from poop. In this study, nurses collect fecal material by swabbing the babies’ diapers (after the infant’s parents give informed consent). When children are followed up for 2 years or longer, parents collect the stool samples at home and mail them to Dantas’ pediatrician collaborators. The samples are then analyzed in Dantas’ lab.

“We have now definitely shown a clear change in the enrichment of antibiotic resistance genes in infants following the use of antibiotics,” he says.

Some of the genes provide resistance to drugs the infants were never exposed to. To explain this finding, Dantas theorizes that resistance genes cluster together and can pass to bacteria as a group.

Perhaps most distressing of all is that some of the genes confer resistance to drugs given to patients as a last resort, when other therapies have failed. Bacteria that can resist all available antibiotics are untreatable and potentially lethal.

As his team’s data on the negative health effects of antibiotics on infants become stronger and clearer, Dantas hopes to convince clinicians to be more prudent in prescribing antibiotics to very young patients. One of the team’s discoveries already has clear implications: It appears that antibiotics differ in their impact on the microbiome. This finding could help doctors select the least harmful drug when there’s no alternative to antibiotic treatment.

In other projects, Dantas is now tracking emerging resistance in the clinic. Down the road, he says, “maybe we can specifically predict how new resistance will evolve, so that we aren’t just looking back, but anticipating the problem.”

He also hopes the techniques he and others are using to sequence the resistome could be developed into a diagnostic tool, enabling doctors to precisely prescribe only what a patient needs, rather than the current broad-spectrum antibiotic treatments, which can cause large collateral damage.

If things pan out as he envisions, all that work with dirty diapers will be more than worth it. 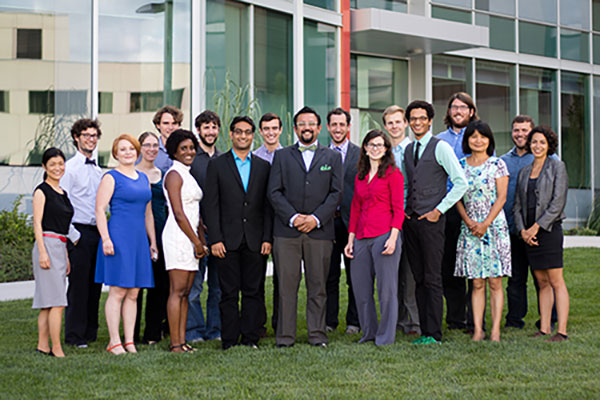 5 Replies to “The Irresistible Resistome: How Infant Diapers Might Help Combat Antibiotic Resistance (sort of)”