Here are profiles of other amazing organisms that are entering the research world. Whether it’s a robin, sparrow, or yellow-rumped warbler, each songbird sings its own tunes. For decades, scientists have studied how the birds learn their unique songs. Many researchers, including Claudio Mello

at the Oregon Health and Science University in Portland, study vocal learning in Australian zebra finches. These common birds sing a simple, easily analyzed tune. Mello and other scientists are identifying which genes and which parts of finch brains allow the birds to learn to sing their songs. Similar gene pathways and brain circuitry come into play when humans learn to speak. A better understanding of vocal learning in birds can shed light on how we acquire language and may help scientists and clinicians better address a broad range of speech and language disorders. 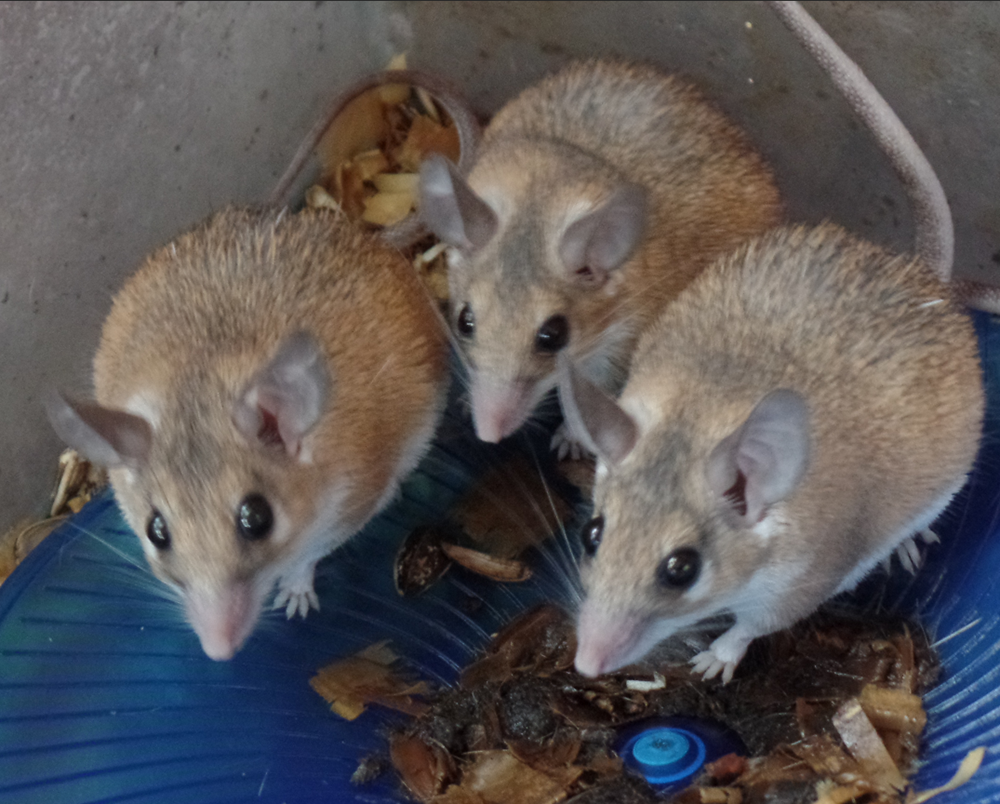 If you’ve ever seriously cut or burned yourself, you probably ended up with a thick, stiff scar. Internal organs can be similarly scarred when damaged by a heart attack, car crash, or other trauma. Such scarring can make it hard for the organ to function and can even lead to death. Some scientists seeking ways to lessen or prevent dangerous scarring are beginning to study the African spiny mouse (Acomys kempi and Acomys percivali).

This mouse is the only mammal known to heal without scarring. Just like a lizard that can release then regrow a severed tail, the African spiny mouse can leave patches of its easily torn skin in a predator’s teeth, then regrow it later—healthy layers of skin that include hair follicles, sweat glands, fur, cartilage, blood vessels, and nerve fibers—all without any scar tissue.

at the University of Florida in Gainesville studies cells from these mice to figure out how they do it. By contributing to the understanding of how and why scar tissue forms—or doesn’t form—this research could reveal ways to prevent scarring caused by heart attacks, severe burns, and other injuries. Antibiotic medications are usually excellent at killing bacteria. But some types of bacteria protect themselves by joining together by the hundreds and sometimes thousands into a cooperative community called a biofilm. The biofilm helps bacteria evade antibiotics.

Biofilms are common in almost any moist, relatively undisturbed location (your mouth, shower stalls, wastewater treatment centers). They can be extremely difficult to destroy. Although they play an important role in degrading organic matter and pollutants, they can wreak havoc in the human body. They can block narrow passages in medical stents and other implants. They can also cause recurrent, life-threatening infections in lungs, intestines, and other organs.

Strawberry-sized Hawaiian bobtail squid, found in the shallow waters around Hawaii, give scientists a chance to study how biofilms form inside the body of a host animal. These miniature squid have a mutually beneficial relationship with a type of biofilm-forming bacteria. The squid nourish and cultivate their bacterial partners, which form a biofilm and wait on the surface of a special organ. When needed, the bacteria leave their biofilm and enter the organ, where they provide the squid with a sort of invisibility cloak, hiding it from predators.

Researchers such as Karen Visick

at Loyola University in Chicago are studying this unique partnership between bobtail squid and their biofilm guests. They hope to gain a better understanding of how biofilms form, how they exist inside animals, and whether it’s possible to prevent, delay, or destroy them in humans. 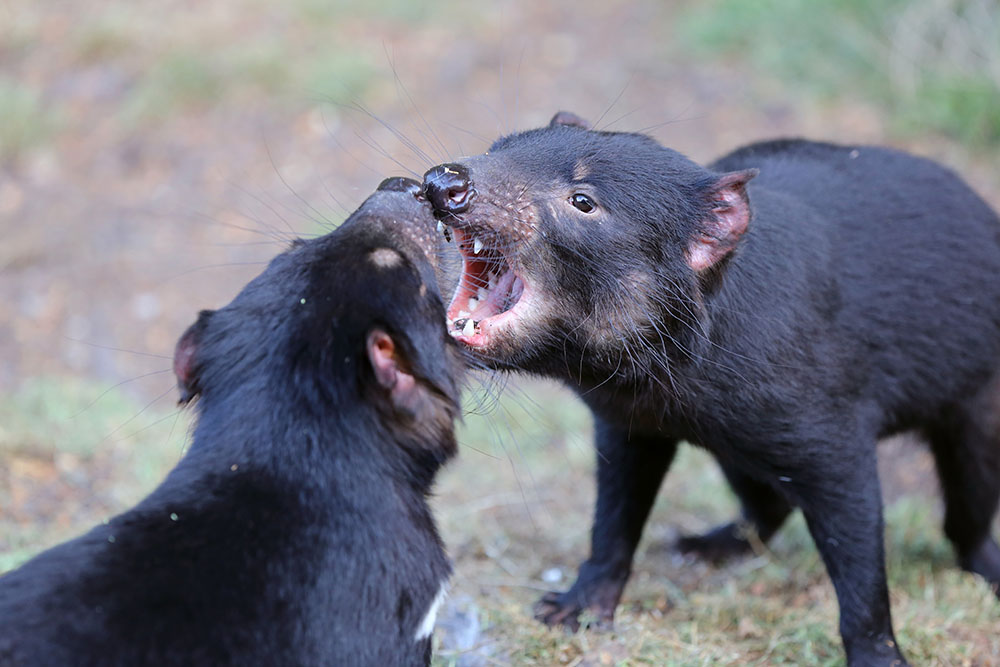 The Tasmanian devil, the world’s largest carnivorous marsupial, is in danger of extinction. In the past two decades, its population in the wild has plummeted by nearly 80 percent. One of the main causes is Tasmanian devil facial tumor disease. Animals with the disease develop tumors in and around their mouths. The tumors make it hard for the animals to eat, often leading to starvation.

The transmissible cancer is sweeping through Tasmanian devil populations. Researchers believe it spreads through the animals’ bite. When a healthy devil bites a diseased one, the resulting immune response leads to out-of-control cell growth and tumors. The disease kills more than 90 percent of animals that contract it.

Andrew Storfer at Washington State University in Pullman is studying genes from the tumors and from some of the few animals that have contracted and recovered from the disease. His work suggests that some devils survive because key elements of their immune systems have evolved to resist the cancer. These studies are helping with cancer research in humans and are particularly applicable to cervical cancer, another transmissible cancer. The work is also uncovering strategies to help prevent the spread of disease among Tasmanian devils in the wild. Our brains need a steady supply of blood and nutrients. When that flow stops, such as during a heart attack or stroke, it can damage or kill brain cells. More cells are damaged when blood flow restarts.

This isn’t the case for hibernating animals. Animals such as the Arctic ground squirrel can lower their body temperatures, heart rates, and blood flow for weeks at a time. And when they stop hibernating, these levels come back to normal without causing any damage.

and others at the University of Alaska in Fairbanks are studying these squirrels to see how their brains adapt to these changes, especially when their blood flow levels are low even when the squirrels aren’t hibernating. The work could help scientists learn new ways to prevent human brain damage that often occurs after a stroke. Sea lampreys are parasitic fish that latch onto other fish using suction-type mouths. Lampreys then feed on the host’s blood and body fluids. Though harmful to other fish, these parasites have two traits that make them interesting research organisms. First, they can repair their spinal cords when injured, something most animals can’t do. Second, they’re able to streamline their DNA as they grow so that different cell types keep only the genes that are necessary to function and remove other genes that could be detrimental.

Lampreys were some of the first animals to evolve a backbone and other traits common to all vertebrates. Researchers are looking at this fish’s ancient genetic information to see what genes are essential in growing backbones and other characteristics, and how traits have been gained and lost along the way during evolution. Jeramiah Smith

at the University of Kentucky in Lexington studies these lost traits in hopes of finding new and unexpected ways of solving some of today’s most devastating human health problems, such as paralysis, cancer, and infertility.