Translating lab discoveries into health care products requires large investments of time and resources. Through STTR funding, NIGMS supports researchers interested in transitioning their discoveries and/or inventions into products. Here are the stories of three researchers working with the XLerator Hub, one of the funded programs that supports six southeastern IDeA states and Puerto Rico. 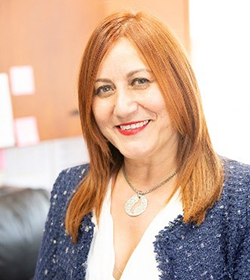 Idhaliz Flores-Caldera, Ph.D., a professor of basic sciences and OB-GYN at Ponce Health Sciences University in Puerto Rico, has studied endometriosis for nearly 20 years. Endometriosis occurs when endometrial tissue, which typically lines the uterus, grows elsewhere in the body. Dr. Flores-Caldera first had the idea for a noninvasive diagnostic test for the disorder about 10 years ago. But it was only when she learned about funding opportunities from the XLerator Hub that she saw a path to validating her preliminary research findings and eventually commercializing her test.

Dr. Flores-Caldera applied for and was accepted into the hub’s proof-of-concept program, Ideas to Products, which funds researchers to flesh out ideas they want to commercialize. “I am very appreciative of how the program has provided me with tools and knowledge about commercializing a product and the process of patenting a product,” she says. “In general, scientists aren’t educated on this important topic.”

Endometriosis affects about one in 10 women worldwide. Despite its high prevalence and the severe pelvic pain it can cause, years often pass between the time people first experience symptoms and when they receive a diagnosis. Dr. Flores-Caldera believes this delay may result, in part, from the lack of a very sensitive and noninvasive test for endometriosis. Medical professionals can use ultrasounds and MRI scans to look for large growths of endometrial tissue, but these techniques can’t detect smaller lesions. Confirming a diagnosis requires laparoscopic surgery—a procedure with some risks—where surgeons make small incisions in the abdomen and use a tiny camera to look inside.

Dr. Flores-Caldera’s test would diagnose endometriosis based on the levels of proteins in a patient’s blood or menstrual effluent (monthly period). She hopes the test will ultimately become a common tool that enables health care professionals to diagnose and promptly treat people with endometriosis, thereby preventing complications and improving their quality of life. 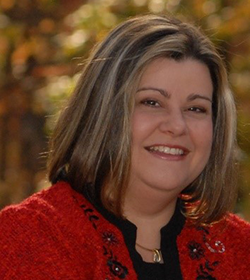 There are no effective screening tests for ovarian cancer, but Terri Bruce, Ph.D., a research assistant professor of bioengineering at Clemson University in South Carolina, hopes to change that. Dr. Bruce studies exosomes—very small droplets that cells use to communicate. After her brother was diagnosed with brain cancer in 2012, she began investigating whether exosomes could be diagnostic markers for cancer. Brain cancer felt too personal, so she set her sights on ovarian cancer.

Dr. Bruce discovered a new, faster way to separate exosomes from bodily fluids. Now she’s identifying characteristics of exosomes associated with ovarian cancer. She’s bringing together these two areas of research to develop a diagnostic test that will require only a sample of blood, urine, or cervical mucus.

Dr. Bruce was taking the first steps toward commercialization when she heard about the XLerator Hub and became part of their Small Business Innovation Research (SBIR) 1:1 program, which provides mentorship for researchers who are ready to apply for SBIR grants. “What’s nice about working with the XLerator Hub is that they take all of this information about commercialization, and they distill it down to something that’s more practical and helps you form a pathway forward,” she says.

Currently, most cases of ovarian cancer aren’t discovered until the cancer has spread to other parts of the body, because early-stage symptoms are often mild and nonspecific, if they exist at all. This has grave consequences for patients. If someone is diagnosed with ovarian cancer before it spreads beyond their ovaries, they have more than a 92 percent chance of living at least 5 more years. But once the cancer has spread, this chance falls to about 30 percent. Dr. Bruce hopes her test can eventually be offered to women as part of their regular gynecological exams and help save lives by detecting cases of ovarian cancer early. 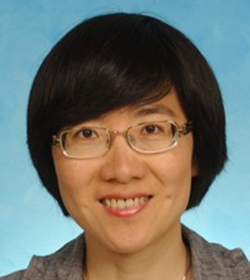 Lan (Nancy) Guo, Ph.D., a professor of occupational and environmental health sciences at West Virginia University in Morgantown, is developing a test that evaluates gene expression in non-small-cell lung cancer tumors to determine patients’ risk for the recurrence of cancer. The test uses a sample of a surgically removed tumor. If the result suggests a high risk of recurrence, a patient’s doctor could recommend a course of chemotherapy to help prevent it.

Dr. Guo heard about the XLerator Hub through a meeting at West Virginia University between senior leaders of the health center and the Office of Technology Transfer. She applied for and was accepted to the hub’s Ideas to Products program and later became part of their SBIR 1:1 program. “The infrastructure support from the XLerator Hub really makes a difference,” she says. “They connect me with the right people and help me through each step. Without the hub, I would not have come to this point.”

Dr. Guo has long been interested in supporting doctors as they make treatment recommendations. Previously, she created a free online tool called Personalized Rx, which predicts how patients with non-small-cell lung cancer might respond to therapies based on factors including their age, sex, race, and tumor stage. Dr. Guo hopes her gene expression test will enable predictions that are even more accurate.

The southeast XLerator Hub is supported by the IDeA program through NIGMS grant UT2GM130174.